A Special Night at Polar Park

The 21st Harvey Ball has come and gone but will never be forgotten! It was a special night as Worcester Historical Museum honored the Worcester Red Sox, the 21st recipient of the Harvey Ball Smile Award. The WooSox organization is the epitome of a community supporter. Next time you’re entering Polar Park’s main entrance look up…you’ll see, in its glory, the award, a smile painted by renowned speed painter/performer Rob Surette, gifted to the organization. 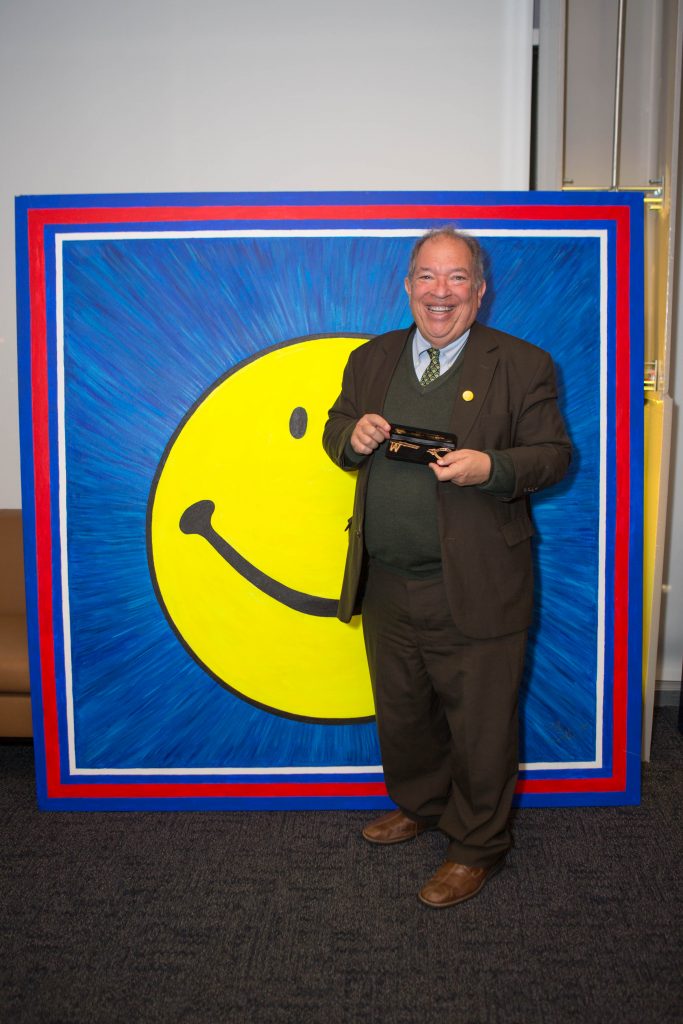 The evening’s other high point was recognizing City Manager Edward Augustus as he steps down from his role in City government. He was such an instrumental player in bringing the Worcester Red Sox to Worcester. What do you give a guy who has everything? To thank him for his 8½ years as the City of Worcester’s Team Captain, Augustus was presented with an almost-24-carat-gold baseball…gilded by Harvey Ball committee member Birgit Straehle. 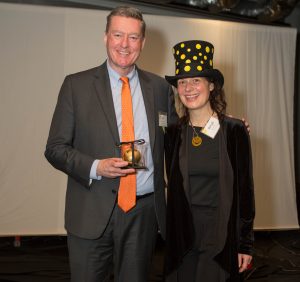 A special thank you to all who attended, as well as our sponsors who were critical to the success of the event.  We truly appreciate our community and all who support the Worcester Historical Museum.  Our City. Our History. WE ARE WORCESTER! 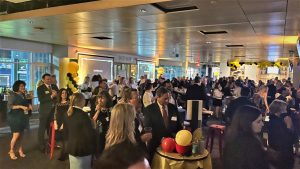 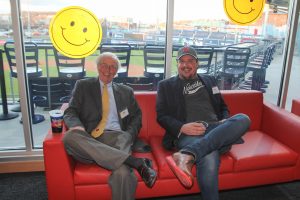 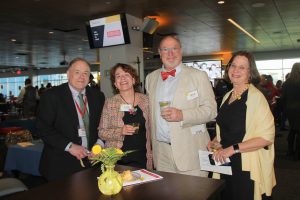 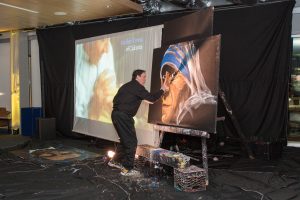 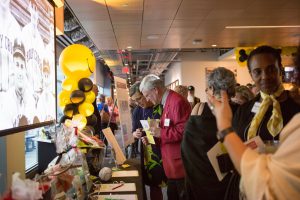 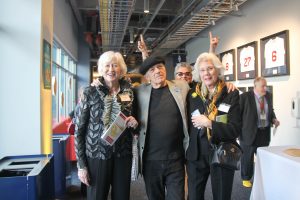 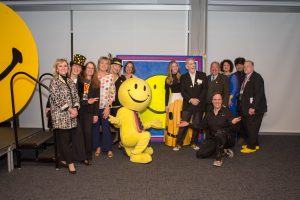 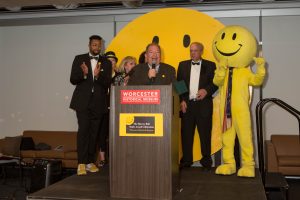 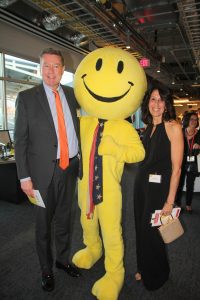 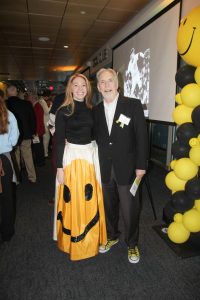 Find yourself in the crowd…Additional photos of the 21st Harvey Ball. 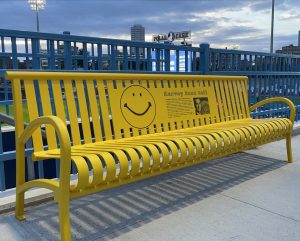 WooSox dedicate this bench in memory of Harvey Ball, creator of the world-famous, and Worcester original, Smiley Face. 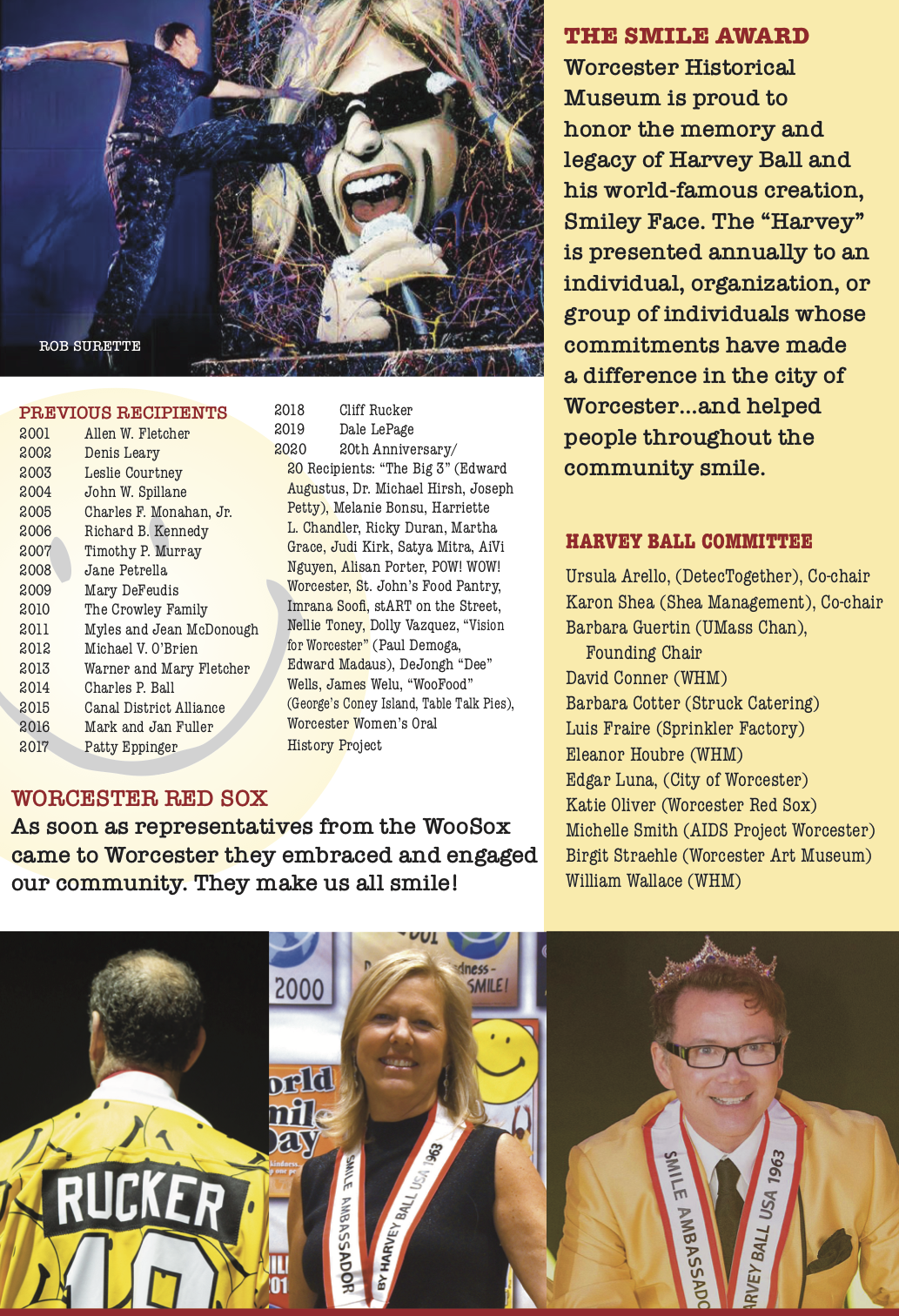 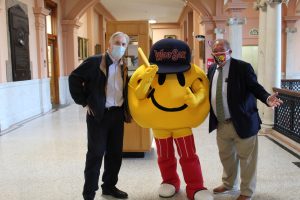