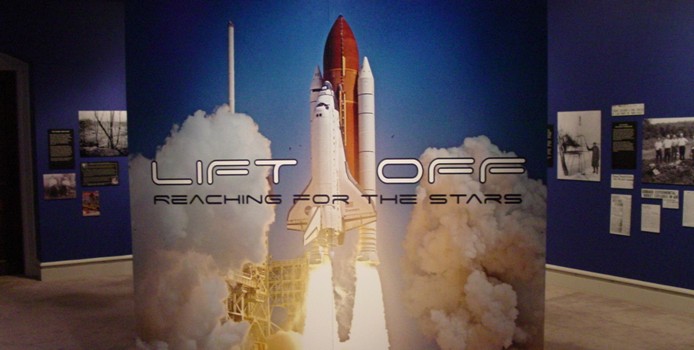 LIFT OFF: Reaching for the Stars

It is difficult to say what is impossible, for the dream of yesterday is the hope of today and the reality of tomorrow.

The exhibition included images, not many seen before of what the earth looks like from space, thanks in partnership with the National Aeronautics and Space Administration (NASA), museum visitors experienced what our country and the world looks like from some quarter million miles away.

The exhibit also documented the many roles Worcester played in helping man get to the moon and the continuing progress of the space program as we reach for the stars.