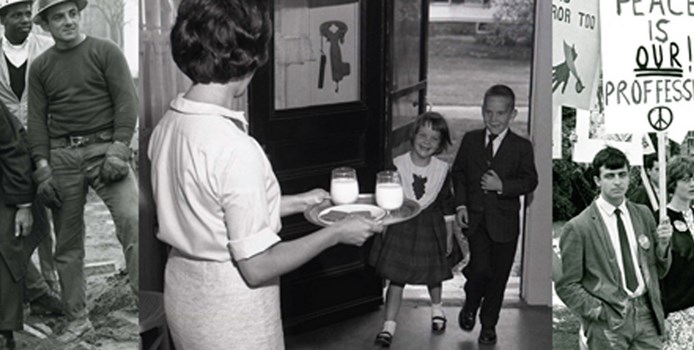 The 1960s was a decade of social and political change throughout America. The Vietnam War, the Civil Rights movement, and a new wave of feminism, initiated in part by “the pill,” were helping challenge the conservatism of the 1950s. Worcester, too, was undergoing its own revolution — building a “new Worcester.” Worcester in the 1960s is an introduction to a dramatic period in local history. Redevelopment was the focus as local politicians and businessmen took on the challenge of reinvigorating the city’s role as a business and transportation hub of central New England.

Were you part of the “revolution” of the 1960s? Did you stand in a picket line  or fought in Vietnam, were you a clerk in a downtown business or a homemaker, participated in the space race or worked in of the city’s traditional industries? If yes, we invite you to share your story with us and help us better understand this exciting decade in local history. Worcester in the 1960s is your story.

Press for Worcester in the 1960s