Do you know who created the yellow Smiley Face? No, it wasn’t Forrest Gump.

The exhibit, An American Icon, explored the origins of the iconic yellow Smile Face and its progression in American pop culture.

In 1963, Worcester Mutual Fire Insurance Company, a subsidiary of State Mutual Life Assurance Company of America, purchased Guarantee Mutual Company of Ohio. To counteract low employee morale caused by corporate reorganization, the company launched a “friendship campaign.” Joy Young, assistant director of sales and marketing, contacted Harvey Ball, a local freelance commercial artist, and asked him to create a little smile that could be used on buttons, desk cards, and posters. Ball drew a smile. Not satisfied with the result, he added two eyes, creating a smiley face. 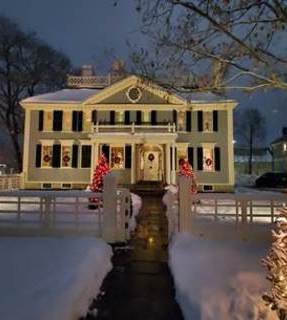 Home for the Holidays at Salisbury Mansion 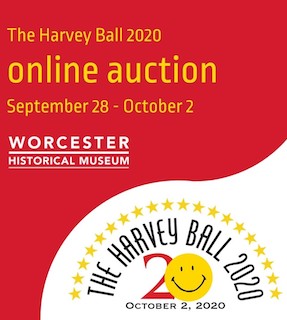 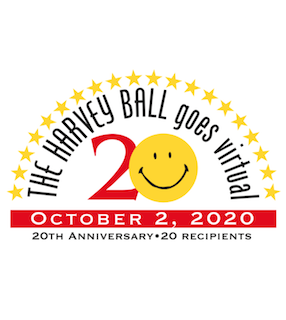 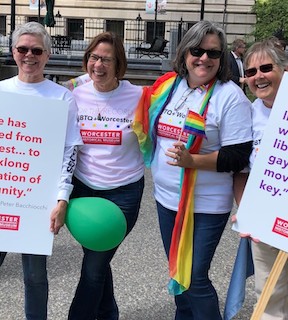 SEND an Electronic WORCESTER SMILE to brighten up someone’s day!  Then draw some Smileys and put one or two or three in your windows; draw chalk Smileys in your driveways; make Smile masks to wear when face timing friends and family. Ask your friends, neighbors, relatives…even enemies (if you have any) to do the same.  Then have everyone post to the Museum’s Facebook and Instagram pages. It can be photos of their creations, something they own, something they wish they could do, see, or buy right now. Remind all the power of a smile – and of Worcester. If we