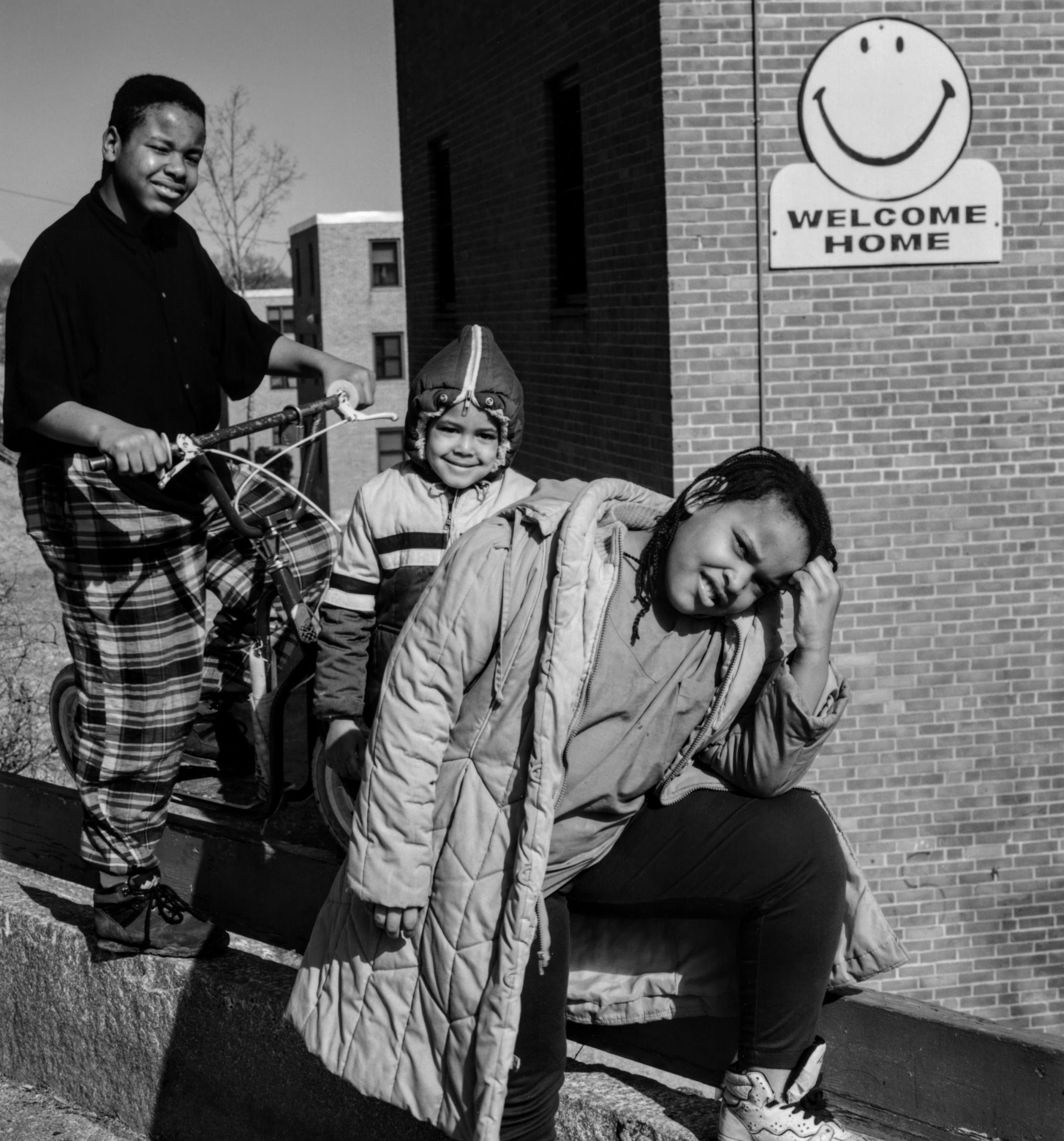 In 1993 a group of photographers came together to photograph contemporary Worcester. They captured celebration, schoolyards, neighborhoods and a changing city with the click of a camera. They showed – prior to the digital age – Worcester’s changing face as a new century approached. Now, we are looking back at these original photos 29 years later to see how these nine local photographers and their cameras captured a city on the cusp of change. Photographers are: Stephen DiRado, Peter Faulkner, Elizabeth Garamy, Peter Hagberg, Rosemary Lebeau, Robert Nash, Mari Seder, Robert Raslavsky and the late David Prifti.

Stephen DiRado
A professor in the Studio Art Program at Clark University, Worcester. DiRado has over 40 years experience in the field of documentary photography and as an arts educator. His photographs can be found in public and private collections – MFA, Boston, MA; John Simon Guggenheim Foundation, NY; MFA, Houston, TX; the Currier Museum, NH; and Worcester Art Museum. DiRado’s book With Dad, published by Davis Publications in 2019, illustrates a loving and changing relationship between father and son as Stephen’s father succumbs to Alzheimer’s.

Peter Faulkner
Peter spent more than 30 years as part of the photography studio at the Worcester Center for Craft. After “Worcester Scene” in 1993 his series “Medical City: A Silent Passing” captured the changing area that would become St. Vincent Hospital. Through his photography he captured a record the neighborhood before the wrecking ball had completely changed this once neglected area.

Elizabeth Garamy
Elizabeth Garamy had exhibited in Boston, New York and San Francisco prior to Worcester. Her work was hand-painted black and white photos prints. The color was applied on the print with Marshall Photo oils, ink and pencil, sometimes acrylics. She moved to digital around 2000 and has done mostly retouching and digital restoration of old photos

Peter Hagberg
The first time Peter Hagberg remembers operating a camera was when he was 12 years old. Though he never photographed professionally, photography has been a life-long on again, off again passion. “Since the age of 16 I’ve always had a black and white darkroom. Now I also have a digital ‘darkroom’ and can’t believe how easy and fun that is too.”

Rosemary Lebeau
Rosemary LeBeau’s work has spanned many genres over the 30 years she has worked as an artist. She was trained and spent many years as a photographer, and photography continues to thread its way through her work, but painting, drawing, bookmaking, and assemblage sculpture are all strong pulls for her. She has exhibited widely and has won numerous awards and grants.

Robert Nash
Robert Nash has been creating award-winning photography for over thirty-five years. Owner and president of Nash Studio, Inc., in Worcester, MA, from 1979 to 2006, he has worked for many Fortune 500 companies, prominent national consumer firms, and some of the top design agencies in the Greater Boston and Metro West areas. Robert has had many professional clients, including Rockport, Timberland, Boston Scientific, Dunkin Donuts, EMC, and Sheraton Hotels.

Mari Seder
Mari Seder studied photography with Ron Rosenstock and participated in his Ireland Photographic workshop, with Len Jenshel at Maine Photographic Workshop and, in 1991, with Bob Krist at The Maine Photographic Workshop in Cuba. However, the most valuable education came from partaking in a critique group with photographers Stella Johnson and Rania Matar and from the mentoring of Susan Bank. In addition to being a Professor of Education at Quinsigamond Community College from 1988- 2006 and a fine art photographer, Mari opened a business of photographing children in their own home environment.

David Prifti
David Prifti was a dedicated and inspirational artist and photography teacher for more than twenty-five years. He started with black & white photography, using an old 4×5 Graflex camera, which he used to make serene images of nature. Later he embraced medium-format color film and began to document people. This body of work led him to partake in the Worcester Scene project, where he relished in being able to take portraits of the people in his hometown. David died in 2011.