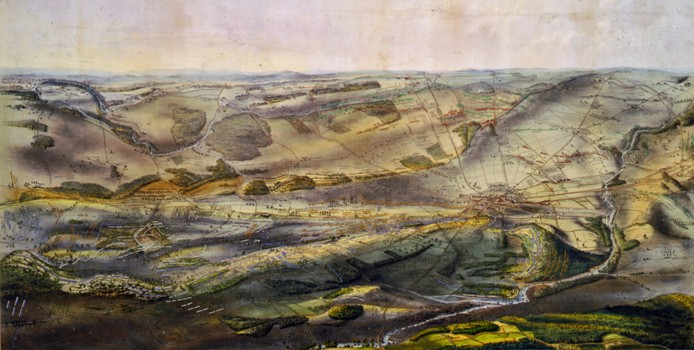 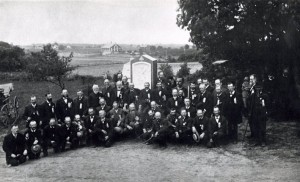 More lives were lost in the three days of fighting at Gettysburg than in any other battle in the Civil War. The 15th Massachusetts, a Worcester County regiment, was heavily involved on both July 2 and 3.  The apex of the doomed final assault was the “copse of trees” on Cemetery Ridge where Worcester men in the 15th Massachusetts fought hand-to-hand with Confederates to turn back the charge.

In late June 1863, General Lee brought his army north into Maryland and Pennsylvania. On July 1 Confederate forces collided with part of the Union army in the crossroads town of Gettysburg. Heavy fighting occurred the next day at Devil’s Den, Peach Orchard, Little Round Top, Cemetery Ridge, and Culp’s Hill as Lee attempted to smash Union positions. Taking advantage of interior lines, General George Gordon Meade moved his troops to counter Lee’s attacks. Lee had gained ground by the end of the day, but victory still eluded him. 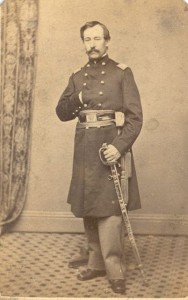 Undaunted, Lee ordered a direct assault on the center of the Union position on July 3. Virginians under General George E. Pickett and North Carolinians under General James Pettigrew marched under fire across nearly a mile of open fields and up Cemetery Ridge in a doomed assault known as Pickett’s Charge. The Confederacy had reached what many consider its “high water mark” on that ridge in Gettysburg.

Of the thirty seven men from the 15th Massachusetts that lost their lives during the battle, perhaps the most costly was Colonel George Hull Ward. George was 36 when, in response to President Lincoln’s call for troops, Governor Andrews asked him to raise a regiment. His 14 years with the Worcester City Guards prepared him for leadership. On July 12, 1861, the 15th Massachusetts Regiment was mustered into service for three years with Charles Devens Jr. as colonel and George Hull Ward as lieutenant colonel. 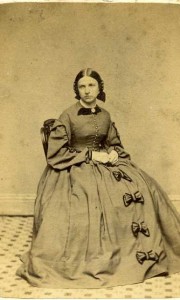 At Balls Bluff, in October 1861, he was shot in the leg, which resulted in amputation. When he could travel, medics sent him home where he remained active as an army recruiter. In 1862 he was promoted to colonel. He closely followed news of his regiment and after learning of the heavy losses suffered at Antietam, he returned to the 15th as colonel. He reported for duty on January 31, 1863, and was fatally shot at Gettysburg on July 2, 1863 (he died the next morning). 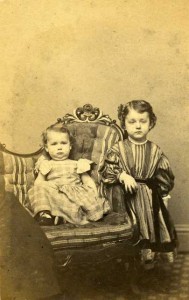 George’s half-brother Henry, also in the 15th, managed to retrieve and send home the body for burial. The family held a funeral service on July 14, 1863, at the Salem Street Church and interred his remains at Rural Cemetery. The following day the Massachusetts Spy ran Henry’s account of his brother’s death.

He was wounded in the leg by a minnie ball on Thursday, about 6 o’clock P.M. The artery was severed and he bled to death. He fought well. He had sent his horse to the rear, and I felt then, that, if we should be obliged to retreat, it would be all up with him. He was wounded while fighting at the head of his brigade. The fight continued for five hours, and during the confusion we were unable to find him for two hours. I searched all over the battlefield, amid shells and balls, hunting for him. We got him to a hospital about dark. He was insensible, but the surgeon gave him whiskey, which revived him; and he said to the doctor, “I shall not live two hours.” After this, his mind was wandering, and he imagined himself at the head of his brigade, commanding troops, and urging them to fight bravely. He died Friday morning at daylight. 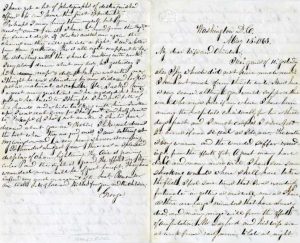 When George Hull Ward answered the call, he left behind a wife and two children and an extended family network. George had been training for 14 years in the Worcester City Guards; there was no question that he would serve. However, it did not make departure easy. He was devoted to his wife of ten years, Emily Mayo, and their young sons George and Robert. 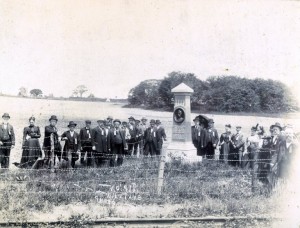 George began writing letters home two days after the regiment left for Washington on August 8, 1861, and Emily wrote faithfully to him. In all, 116 letters survive in the archives of Worcester Historical Museum, detailing the pain of separation, the challenges of single parenting, the difficulties of carrying on a farm and maintaining a household in the absence of the chief breadwinner, and the horrors of the battle front.

After losing her husband, Emily chose not to remarry. As a founding member and first president of the George H. Ward Relief Corps, she kept his memory alive. She died in 1917, at the age of 86, at her son’s home in Worcester.