The Emmet Guards of Worcester 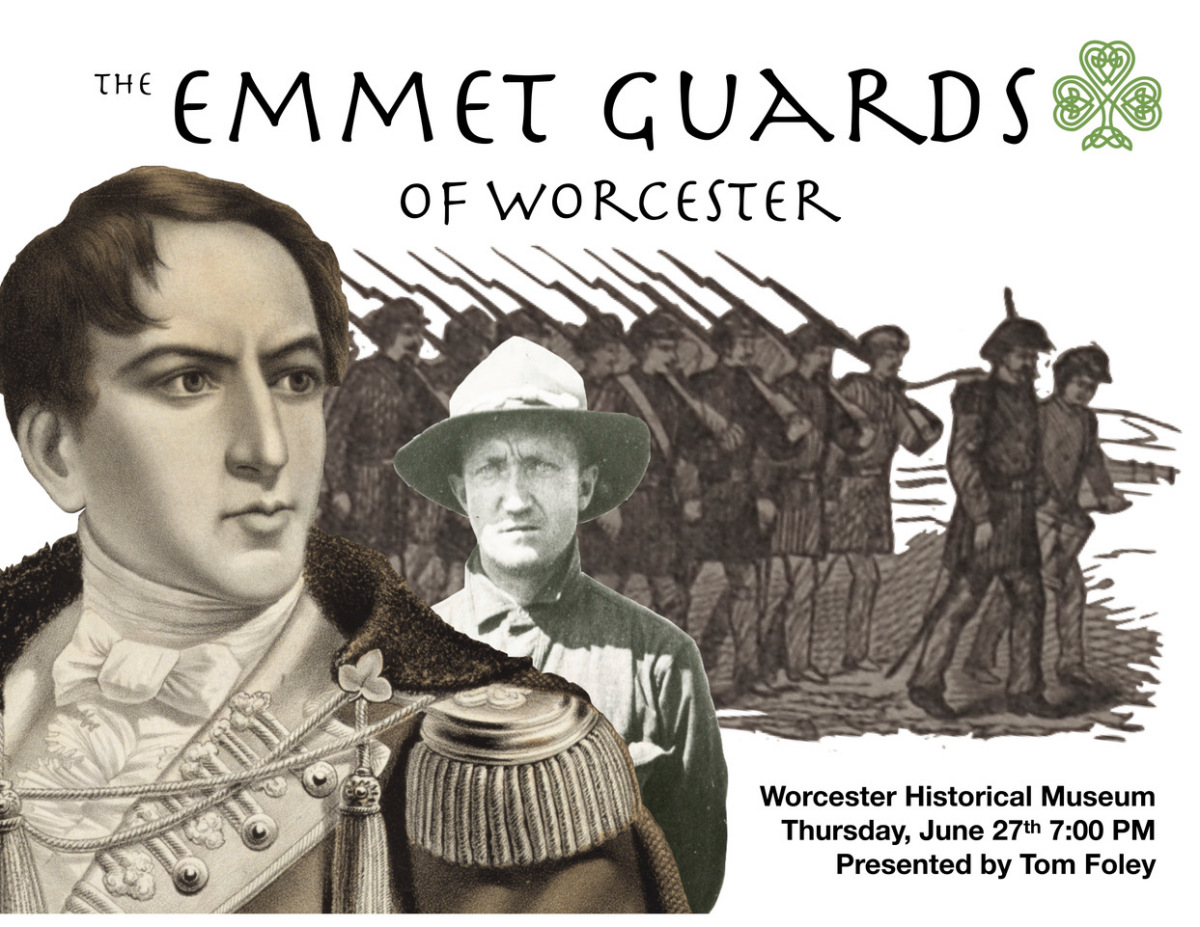 On September 20th, 1803, twenty-five-year-old Robert Emmet was executed for leading an abortive uprising in Dublin. The martyred Emmet and his followers comprised the last remnants of the United Irishmen, an organization that sought to unify Ireland under a brand of non-sectarian nationalism to throw off the yoke of the Protestant Ascendency. Emmet posthumously became a symbol of egalitarianism and the struggle for Irish liberation, especially for the Irish in America.

In 1852, more than a generation after Emmets death, a group of immigrants formed a militia company in Worcester, Massachusetts, which would become known as the Emmet Guards. Its first officers swore an oath to defend laws and Constitution of the United States, but the company also had other intentions: to protect the rights of the Irish in Worcester and elsewhere, and to facilitate, if possible, the restoration of Ireland to her rightful place among the nations of the earth. The Emmets overcame discrimination and harrassment to become a beacon of Hibernian pride and solidarity for generations of Worcester Irish. Though it had several others, the Emmet Guards is best remembered by its WWI designation: G Company, 101st Infantry, 26th Yankee Division, AEF.

Tom Foley is the great-grandson of Major General Thomas F. Foley [Captain of the Emmet Guards from February, 1912 to September, 1918] and is pursuing a Masters of History degree at the University of Rhode Island. This presentation will offer an overview of material collected for his thesis to date, as well as discuss plans for a comprehensive Emmet Guards history. If you have an Emmet Guards connection, or if you have photographs, literature, or artifacts, Tom would love to meet you!

Powered by the Social Web - Bringing people together through Events, Places, & Common Interests